2010 Des Moines Half Marathon weekend and life as 2:10 pacer

This past weekend was the weekend of the 2010 IMT Des Moines Half and Full Marathon.  I was scheduled to help out and pace the two hour and ten minute (2:10) half marathon pace group, which means I would have to run at roughly 9:55 pace over 13.1 miles while cheering on the other runners in the pace group and carrying a pace guide-on in one hand.  I have done this role for the last three years and really enjoy the opportunity to do it.  It’s a great opportunity to be useful in helping others reach their goal.

In the weeks leading up to the half marathon, I was diagnosed with metatarsalgia (http://www.mayoclinic.com/health/metatarsalgia/DS00496 ) by the DMU podiatrist I frequent.  It is essentially a catch all for inflammation around the metatarsal region of the foot, and it was causing numbness in two toes of mine during running.  Dr. Bennett prescribed a hefty anti-inflammatory, which did no good to my GI tract, and to look into orthotics.  I took the last taper week completely off from running and actually only exercised once too to give the inflammation and nerve impingement time to reduce.  This layoff did not help my pre-race anxiety as while the pace is much slower than I normally run, the pressure to perform for others is even more present.

The day before the marathon I spent the day helping in the pace booth and the Capital Striders booth at the Marathon Expo.  It’s always a positive experience to see soon-to-be marathoners with so much anticipation of the big event.  Half your job is to settle them down and reassure them they’ll do fantastic, and this is why they trained so hard.  The second job at the Expo is to educate and remind them of  what’s important to remember for tomorrow — either how their families should go around the course, where the hills are or are not, places to eat, etc.  You name it, and they probably asked about it.  Some of them were old hats, and some were marathon virgins.  In either case, all their stories were inspiring. After helping at the expo, I took my daughter around the course for where to see me and bring my low carb electrolyte drinks.

Later that day, I also had time to film my next Atkins Diet video:

With all that out of the way, it was race day.  The lineup of the race was brisk as the temp was in the low 40’s.  Tasha and her boyfriend were the only ones out supporting me today, but I was thankful to have that.  I did get to say Hi to many runners from the previous year who remembered me, and a couple first-timers who specifically looked me up on Youtube.  All told, I had about 14 runners signed up to run with my group, but given the crowd around me, I right away suspected many more.  The marathon grew again by over 10% from previous year attendance, and the race lineup was crowded as ever.  Tara Thomas the pace coordinator also asked the half marathoner pace leaders if they had any left in the tank when they finished to help the full marathoners if they could.

Despite a perfect start, I had to really pull back within myself to stay at pace.  I should have walked through the water stop at mile 2, but I knew I had to slow down even more.  The start of the race is hardest time for a pacer (or at least me) as we are guilty of adrenalin as well.  I became a little worried as the people I had met and knew were part of my pace team weren’t necessarily around me.  There were however lots of new faces and other new members to the pace team.  I even met one of my neighbors running the half marathon with me.

I started really slowing down through water stops now to ensure everyone in my group stayed hydrated.  I also missed my daughter appearance in this section and consequently went electrolyte free the whole race.  It is during this section I really started trying to pump up my runners.  Someone would say 2:10, and I would immediately bark a “Hoo-ah!”   If energy is one thing a pacer needs, I was going to show it in spades.  I also tried to take my pace team mind off the running or at least get them out of their own heads.  We were cheering on the walkers we were passing, and telling them “Good job!” or “keep it up!”

End of the Race

The last bit of the race is about challenging some to forget their pain and encourage them to finish the race they came to run — to ensure they are as proud of the final miles as the first.  I remember far too well my first half marathon, and being somewhat discouraged my final mile splits tapered off so much.  I wanted to make sure they had a voice to help them.  I also encouraged those that had the will or the gas tank now to use it and go ahead of the group.  The final quarter mile with finish line in sight was spent mostly turned to the side encouraging other runners as my marathonfoto photos will show.  Thanks to all the runners that ran with me and for the awesome time I had.  I think I got as much from them as I gave.

I still was pumped from my race, so I did return to Water Works park to meet up with a full marathon pace group.  I ended up running another 6 miles with Tom Detore, the 5:00 pacer.  My total miles ran for the day was almost 20 miles, and I am encouraged by it.  That was the most miles ran by me since the Minneapolis Marathon.  Here are a few of my race photos: 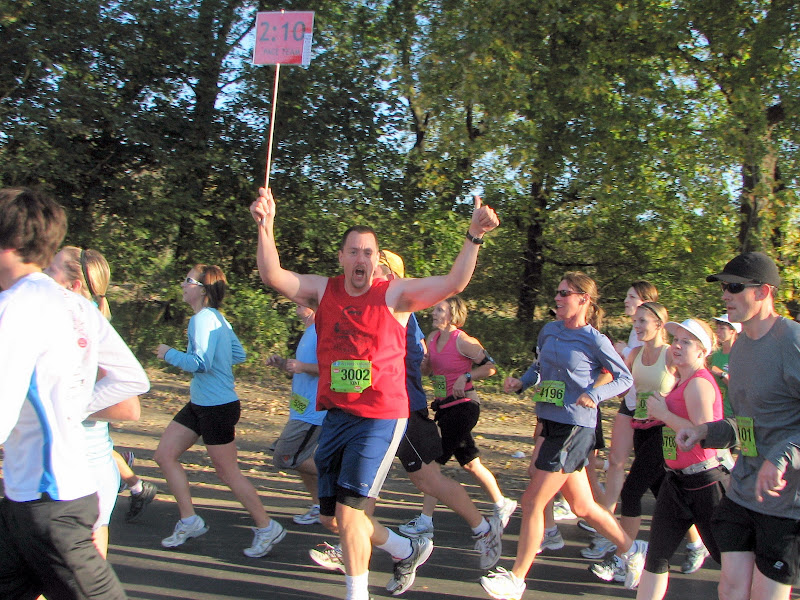 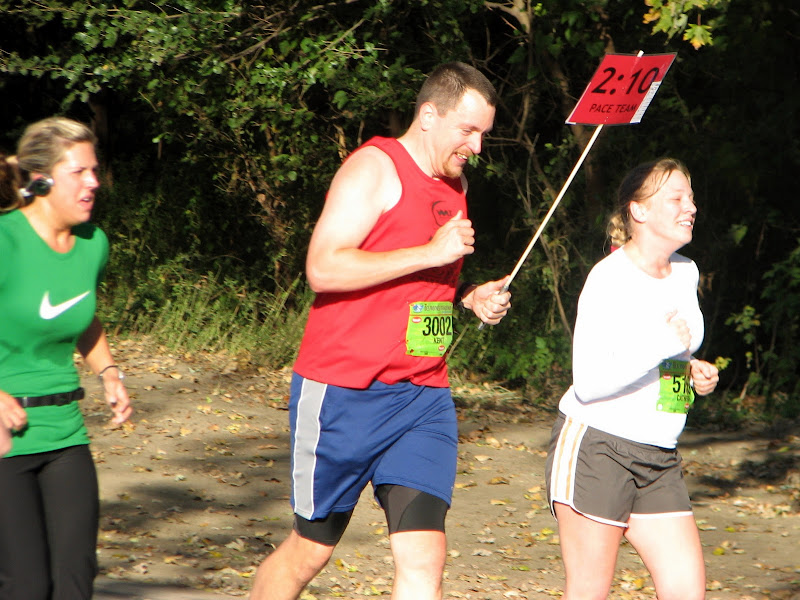 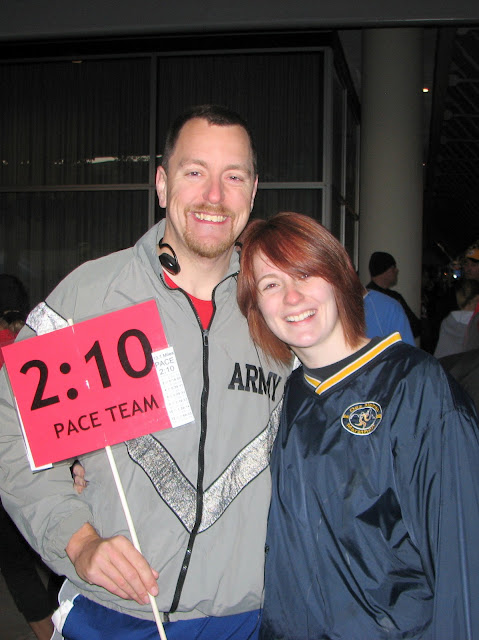